ALERT: Tremendous demand for COVID-19 testing supplies may lead to delays in response times, orders and fulfillment for many of our products. We’re committed to your needs and are working virtually nonstop to meet them. Learn More

The 1950s: Expanding Horizons and One Big Setback

In the 1950s, the US economy experienced a shift that created more income for more Americans than ever, giving rise to the American middle class.

In 1956, the company saw a chance for real growth, opting to expand production of single-use items for medical use. This would prove to be a successful venture.

But soon, a setback.  On June 28, 1958, the Hardwood Products Company suffered a catastrophic fire. Within a few hours, the manufacturing and warehousing facilities in Guilford were destroyed. This meant the loss of approximately 200 jobs.

Not for long, though. The owners, together with their dedicated employees, started building a completely new and modern manufacturing plant in the fall of 1958. Company employees and local workers built the new buildings under the supervision of a general contractor who supplied the necessary material and supervisory personnel.

Only three warehouses of the 10-building Hardwood Products plant remained standing after the devastating fire in late June 1958. The community rallied and by June 1960, the plant was back to full operation.


One key to the recovery was the work of company engineers and machinists: They developed and built specialized machinery that was not available on the open market. Many of the parts for the new machinery were fabricated by machine shops in neighboring communities. This ability to rebuild the specialized machines, coupled with the determination of the owners, made it possible for the company to soon recover and once again be a successfully operating business.

By August 1959, the new facility began limited production and by June 1960 the new plant was beginning to operate on a regular schedule. In addition, more products came online as additional new machinery was installed. 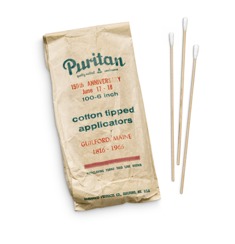 The 1960s: Entering the Cotton-tipping and Sterile Pack Markets

In 1965, Hardwood Products Company made an aggressive decision to enter the cotton-tipping and sterile pack market. The flagship cotton tip of the Puritan brand, the 806-WC, carried the news of the 150th Anniversary of Guilford, Puritan’s hometown, when introduced to the market in 1966.

These new medical products added substantial growth each year to the company’s sales.

The 1970s: More Growth and Recognition from the FDA

Image of the Puritan exhibit at the HIDA tradeshow from 1971: Representation by company executives Edgar Cartwright (left), and Donald Templet (right) at industry trade shows such as this Health Industry Distributors Association show in 1971, reflected the company’s commitment to the health care industry, while it also explored business opportunities in the fields such as industrial manufacturing. 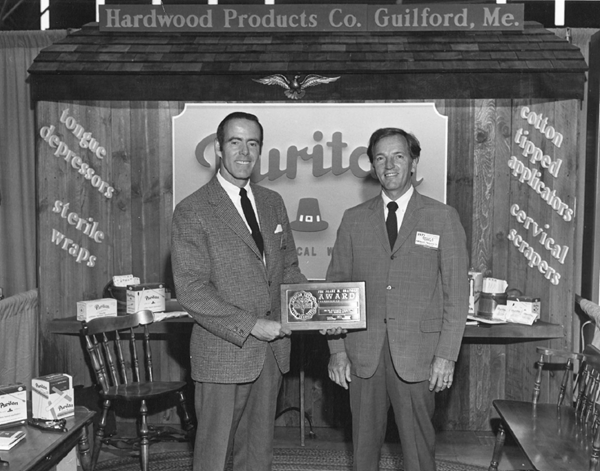 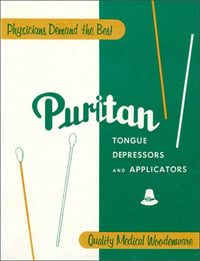 The 1974 pricing brochure highlights the many wooden medical products and sterile packs that physicians needed to care for their patients. That fall, sterilizing equipment was installed, enhancing the company’s capabilities significantly, and the medical line expanded even further.


To accommodate the substantial growth in the business, construction of a new office building began in 1977. This building became known as the “pizza hut” because of its resemblance to the familiar Pizza Hut restaurant. 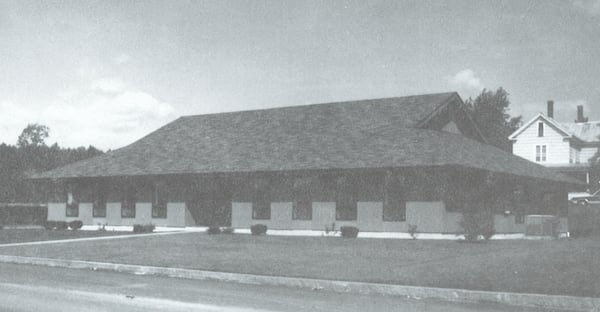 In 1978, Puritan secured registration with the Federal Drug Administration (FDA). This important federal registration applies to a company’s production facility, also called an establishment. Owners or establishments that manufacture medical devices intended for use in the US are required to register all products they offer for sale, listing the activities that are performed to produce those devices.

The requirements for registration are extensive, and securing it is indeed a milestone. Through conscientious management, the company has maintained this annual registration since 1978.

The “PURITAN®” trademark began to see broad acceptance as a mark of quality, and the medical product line really started to grow. It was only a few years before additional production facilities were needed, and in June 1982, a new 25,000 square foot addition was ready for occupancy.

All the cotton-tipping and sterile-packaging machinery was moved into these new facilities, along with the addition of fiber carding equipment to bring fiber processing in-house. This streamlined tipped applicator production. 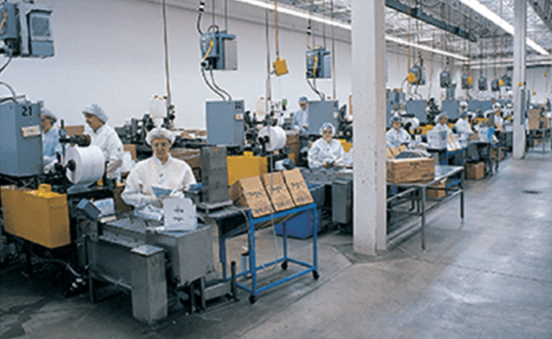 In December 1982, the company’s three owners (partners Donald Templet, Joe Cartwright, and Edgar Cartwright) announced that they were stepping back from day-to-day operations, effective January 3, 1983. The company would be led by Puritan’s first general manager, Byron A. Johnson. With a new management team in place, the company continued to prosper.

In 1984, Hardwood Products significantly enlarged the wood-processing department. In 1985 the company consolidated all Guilford operations at the current School Street site. The same year an additional 53,000 square foot building was added. This move centralized all medical production at one location in a completely modern facility.

By 1985, the company was ushering in perhaps its most exciting era yet. This era would see the product line expand into the critical environment and diagnostic markets.

Watch this space for details on those points and more.

If you enjoyed this post, check out some other fun reads regarding our 100th anniversary:

Copyright © 2021 Puritan Medical Products. All rights reserved.Proudly Made in the USA