Could Environmental Sampling Have Prevented the Irish Potato Famine?

Phytophthora infestans. Even the name sounds sinister. It’s the fungus-like microorganism responsible for one of the worst famines ever to strike Europe: the Irish Potato Famine. Better known as potato blight or late blight, Phytophthora infestans is the bug responsible for claiming the lives of nearly 1 million Irish people and forever changing the political landscape of the region.

But, what if way back in 1845 we could have tested for infected crops using common environmental sampling methods? What if we’d had the same agricultural and food safety policies in place then as we do today? Could the impact of the Potato Blight have been contained?

Why Was Ireland So Affected by the Potato Blight?

The lack of biodiversity (due to Ireland’s reliance on a single strain of potato) meant that when Phytophthora infestans showed up in Northern Europe, Ireland was particularly vulnerable. At the time, the cause of the blight was unknown. With their limited knowledge of microbiology, experts speculated that the slimy black rot could be the result of anything from static electricity to volcanic vapors.1

Today, there’s no doubt that P. infestans was the culprit. While Britain staged a largely inadequate response, the creep of this invasive oomycete made its way unrestrained through up to three quarters of Ireland’s potato harvest by 1846. In fact, many historians posit the Crown’s deficient policies were the final straw to solidify the Irish republicanism movement and ultimately led to Irish independence in 1922.2

Could Environmental Sampling Have Stopped the Spread?

Politics aside, had the agricultural policies and infrastructure of today existed in 1845, there’s a chance the spread of this highly invasive pathogen could have been stemmed. Perhaps if farmers had been able to identify and isolate the affected strains via simple environmental sampling and lab tests, they could have taken steps to stop the pathogenic spread before it grew out of control.

Hindsight is always 20/20; so is it something to worry about these days? The surge in the demand for organic and non-GMO crops means that more farms grow potatoes without chemical fungicide to prevent the growth of P. infestans. The ability to recognize the symptoms of, and promptly test for, Phytophthora infestans could save a farm or production facility from long-term financial and agricultural effects of potato blight.

How to Sample for Phytophthora Infestans

In the United States, farmers experiencing blight are encouraged to collect environmental samples of potentially infected foliage and send them to the Plant Science Building at Cornell University for genotypic analysis. The Cornell Lab works in partnership with USABlight, “a national project on tomato & potato late blight in the United States.”3 This lab suggests an airtight ziploc plastic bag with “a cushion of air” for foliage samples, and tubers can also be tested.

Want to learn more about testing food samples or facilities with our environmental sampling kits? Contact one of our knowledgable product specialists to speak with someone today, or click the image below to request a free sample. 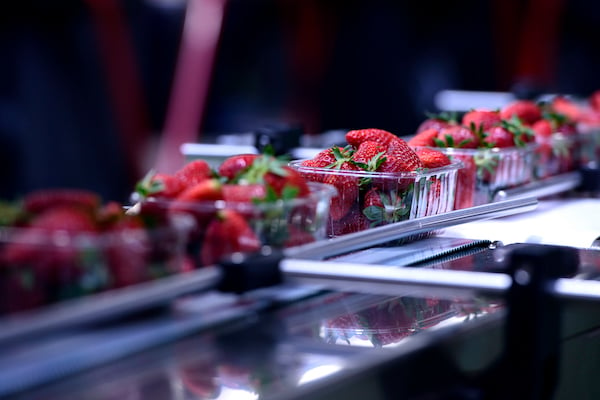 How to Test for Pathogens in Food [Guide With Images]